Counting Up to 10,000 Hours – Becoming an Expert through “Deliberate Practice” 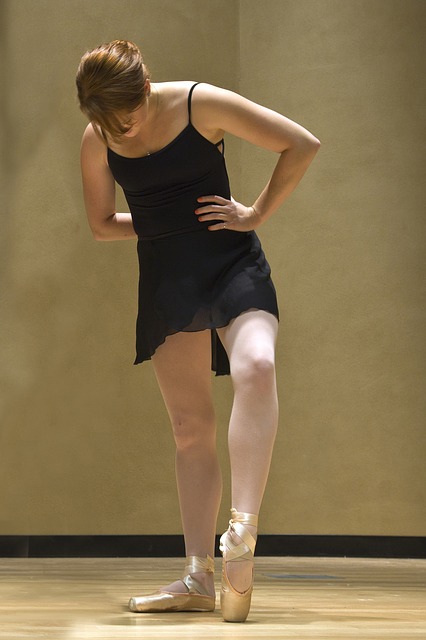 The differences between expert performers and normal adults reflect a life-long period of deliberate effort to improve performance in a specific domain. From Ericsson et al in Talent is Overrated, Geoffrey Colvin

At various points in my life I had to face hard truths. When I was about twelve, I faced the fact that I would never be a prima ballerina. This achievement was never a remote possibility since I never got much past my first recital, but the sight of a woman en pointe always made me wonder, “what if.” When I got pregnant at nineteen and married at twenty, I gave up my dream to be a brain surgeon. My grades in Biology and Organic Chemistry had more to do with that decision than being a temporary college dropout at twenty-one with two kids, but still.

Honestly, I don’t know how odd these thoughts are or how common. 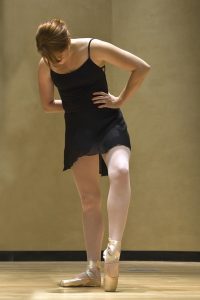 What I do know is that reaching the pinnacle in a profession – to be a real expert – takes years of study, execution, and deliberate practice. How does it happen to be that people who have spent the same amount of time in a field have such varying degrees of competence? Harder practice? Harder work? My addition to this theory is that the more passionate a person is towards his chosen “talent,” the more deliberate and diligent the practice. And it takes a certain number of years. According to Malcolm Gladwell’s interpretation of a study about talent, “no one, not even the most “talented” performers, became great without at least ten years of very hard preparation.”

Recently I was reading the book Cooked by Michael Pollan. Pollan is a favorite author of mine. I read everything he writes. At one point as I was reading, I started to cry. This is not a typical response to reading a book about the history of cooked food. Let me explain. My first Master’s degree is in English with a concentration in Creative Writing. When I graduated, my family was in crisis. Instead of writing the Great American Novel, I needed to find a real job to put food on the table. I re-entered the world of libraries and never looked back. A good friend would often ask me if I was writing or if I missed writing, and I could honestly answer “no.” Then, twenty years later, I suddenly felt this sharp sting of regret thanks to Mr. Pollan. My regret stemmed from the acute realization that this was the kind of writer I could have become. Like being a ballerina or a brain surgeon, it was too late for me now. His command of his craft came from years of intense study of his subject and deliberate practice of his profession. I was too far behind. I missed my chance. I would never be Michael Pollan. Or Bill Bryson.

These thoughts brought forward a memory from my first foray into grad school where I was trying diligently to learn the craft of creative writing. During that time, the book Bridges of Madison County was a recent best selling phenomenon. I read it and approached my faculty advisor with my concerns. I was worried I’d never be able to write a best seller like that. Her words stayed with me all these years. “Why would you want to write like that? You’re better than that.” Hmm. With crisis nipping at my heels and a world to fix through advocating for access to information, writing better than Robert James Waller became a rearview mirror idea.

When I decided to go back to school and get a second Master’s degree, a colleague at work literally laughed at me, ”You’ll be forty-five when you graduate!” he said. I thought of a smart reply on my way home: I’ll be forty-five in three years anyway. I’d rather be forty-five with a second master’s than not. It was a good choice. I earned my degree two months before my forty-fifth birthday. With the many years I worked in libraries before this degree and the many years after, I can say with some degree of certainty that I am an expert in my field. I like to think that I can point to my deliberate practice and genuine passion that has brought me to this point. Formula: 10,000 hours + ten years + deliberate practice to improve = “talent” in a field. For my current profession, and for the sake of this argument I started with myself, I’ll say that I didn’t start a truly deliberate practice to improve myself with really hard thinking and really hard practice until I went to grad school to earn the specific degree for this industry. That was ten years ago. Grad school was 2.5 years of 20 hours per week of very hard and deliberate practice. That’s 2600 hours. Even if I only count deliberate practice in my profession as 20 hours per week, which is conservative, then I’ve got another 10,000 hours under my belt. Voila! I’m a world-class expert. 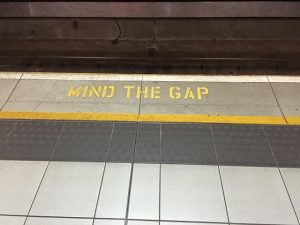 But what if there are gap years? While I haven’t read the original Ericsson study, I’ve re-read both Talent is Overrated and Outliers. Both refer to these 10,000 hours, ten years, and deliberate practice to get better, not just play for fun. What I wonder about is the gap years. What happens if you take a gap year? Or twenty years? Or more? This question brings me to my friend Candice. Candice studied piano from the time she was 7 through high school. She never played the piano for fun. She became good enough to get into the High School of Performing Arts in New York as a music major in piano. From where I sit, that’s a pretty good piano player. As she tells it, she barely practiced on the piano in high school – never took it seriously. Instead of practicing 2 hours every day, she spent maybe fifteen minutes practicing. Over ten years, this adds up to about 2600 hours, far short of the 10,000 it would have taken to be an expert. And so, instead of becoming a world-class pianist, she gave it up. But she never gave up on the idea of playing again some day. She took the piano with her every time she moved and played for fun sometimes. Fast-forward thirty-five years. A casual comment by an old friend inspired her to play again. She found a teacher and began deliberate practice to get better. Unlike when she was younger, now she practices about 7-10 hrs per week, which she has been doing for the past 5 years. This adds up to about 2000 more hours of deliberate practice. 2600 + 2000 = ½ way there. She didn’t have to start over. Even after this long gap, she had a kind of muscle memory from her years of study. This time she learned at an accelerated rate. In a few weeks, she will be playing in front of an audience for the first time in decades. When I interviewed Candice about her experience, I thought it would lead to tentative proof that it’s possible to get a reset on the ten-year plan and still have some of those 10,000 hours in the bank. Candice’s story doesn’t quite prove that since she will readily admit she did not become a world-class pianist in these past few years – she is still 5000 hours short. But it does show that with deliberate practice and working hard to get better, it’s possible to (re)gain “talent” at a faster pace than someone starting from zero hours. 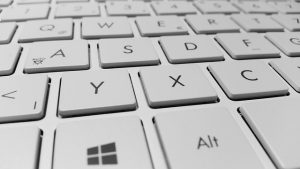 Back to Michael Pollan. The reason I’ve started writing again is to re-enter the deliberate practice of writing. I’ve taken a 20-year gap in this deliberate practice. Do I have to start completely over to get to 10,000 hours of hard work at writing to become a world class expert or can I at least count my years in grad school working towards my creative writing degree? Just for fun, let’s say I can count those. I’ll use the same equation as above: 2.5 years at 20 hours per week = 2600 hours of deliberate practice at creative writing in grad school. By my calculation, if I now put 20 hours per week into writing to get better, not just writing, I’ll be a world class expert in just over 7 years. I’m honestly not putting in 20 hours of hard practice. More like 5. Hmm. That makes it 28 years until I’m a world-class writer. Might as well start now.

Talent is Overrated: What Really Separates World-Class Performers from Everybody Else/Geoffrey Colvin

This book came before Malcolm Gladwell and his more widely-known book that talks about other kinds of outliers. Colvin’s book is about the theories that relate specifically to world-class success in a field. It’s highly entertaining and thought provoking. It gets into motivation for performing well and success in business. It’s a few years old now, but many of the ideas are still fresh and relevant.

Outliers: The Story of Success/Malcolm Gladwell

Like Gladwell’s other books, this one is eminently readable. In addition to the 10,000 Hour Rule, he provides insight into statistical anomalies of success through stories and research. Gladwell is always worth reading.

This highly engaging and informative books explores the four natural elements of fire, air, water, and earth and how they relate to the history of cooked food. He connects the transformation of food through various cooking methods to how we have evolved as humans. It transformed me back into a writer.