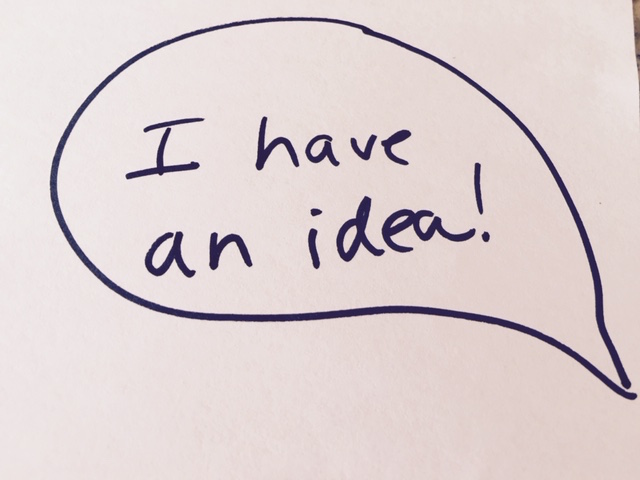 This musing is not the usual commentary about privilege and power. There are better sources for a conversation about how being white (which I am), educated (which I am) and middle class (which I am now) confers unearned privilege to someone born in the U.S.* Instead, I’d like to focus on another phenomenon that can happen to a leader at any stage of a career: being unaware of the power a position holds to granting or denying access, how privilege is afforded to those with access, and the consequences for a leader and a team of this lack of awareness.

Disruption
A few years ago, I was at a conference that billed itself as a “risk and reward” experience to help us move our profession forward. While it was aimed at our specific profession, it did everything it could to disrupt our thinking about what a conference could and should be. There was a lot of talk of innovation and disruption – attendees jumping on chairs during presentations, hecklers intentionally interrupting a speaker, participants handling tarantulas, that kind of thing. It really did disrupt my thinking. In my mind, the conference accomplished what it aimed to do. That being said, I don’t think that what actually disrupted my thinking was the intent.

Conferred Power and Privilege
At the conference, each of us chose our track. For one and a half days, we focused on that track. On the first morning of the track I’d chosen, we were each given one of five colors of bandana to wear and heard a little pep talk about the day. We were then told to sit with others who had the same color bandana, forming instant teams of about ten. Our green bandana group ended up being all women, all strangers to each other. As each of us introduced ourselves, I was impressed by how accomplished these women were at what I considered such tender ages. When I introduced myself and declared my title, I couldn’t help but notice that I failed to impress. Wait a minute. What was going on here? Don’t they know how important I am? Hmm. What is going on here?

After a short ice breaker with our teams, we were told to pick a leader. I did not put myself forward. I have lots of opportunities to lead; I thought I should sit back and allow this opportunity for a less experienced colleague. The group quickly picked a woman who had immediately asserted herself. A small inner circle of like-minded individuals began to form around her. Because the team was an artificial construct as were our tasks, it was easy for me to be an observer of my own behavior on the team as well as that of others.

Access and Marginalization
As we approached each team task, I started to feel an odd sensation of discomfort. The leader and her inner circle were not deferring to my opinions or me. I was not used to that. In fact, not only was I not being deferred to, it seemed like I was speaking my ideas into the wind. I started to feel marginalized. From the blindfolded obstacle course to the tarantula challenge to the climbing wall to the bouncy castle quiz (don’t ask), I started to edit myself and speak up less. Because all the tasks were outside my area of expertise, I became less enthusiastic about publicly trying out ideas as the day went on.

Again, I had to ask myself “what is going on here?” I remember thinking to myself that the team was missing out. They are not hearing my voice. I also noticed that others in the group were becoming less vocal. I wanted to hear what they had to say – each was skilled in their roles at work – but in this context they began to say less and less. As the day went on, I continued to take note of the shifting attitude of the team, who was still willing to speak their ideas to group, and whose voices were heard or silenced. 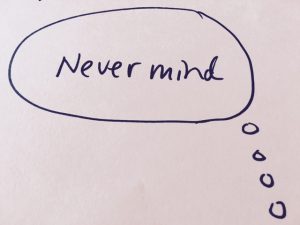 The Power of Position

Lately I’ve noticed a habit of mine that reminds me of this story. When I’m small-talking to someone in the lunchroom or the hallway at work, I indicate the conversation is over by turning and walking away after I’ve said what I consider the last word. I literally turn away from someone when I’m in mid-sentence to indicate that we’re done here – I have important things to do now. i.e. eat my lunch. I also noticed that I don’t do that to my boss. I wait until she has finished speaking, even in informal conversation, before I excuse myself. Hmmm. What is going on here?

Of course, this awareness about my own behavior got me thinking about the power of my position and the privilege that access to someone in my position can bestow. Because I am in a position of power at work, people politely laugh at my jokes. When I speak, they listen. When they bring up an idea, they look at me to see how I’m reacting to what they’re saying. I’ve started to understand why a former boss used to look down at his notes while we were speaking at team meetings. It would annoy me to no end. I wanted to know what he thought about what I or others were saying. His approval would confer instant power to the speaker and to those ideas.

Something I’ve been trying lately is be more aware of the power my position holds when it comes to access to me which equates to the opportunity to directly share ideas with me. Recently I literally forced myself to turn and face a colleague in the staff lounge during our lunchtime chatter. I stopped and listened. What does she want me to know about her? What does she want to share? What can I learn from her? Awareness that the power of my position affords me special privilege as a leader is a necessary step towards hearing ideas from more people across the organization, not just the inner circle of direct reports who have frequent access to me. The reality of the size of an organization comes into play here. I work at an organization of over 400 employees. Still, I want to always keep in front of me what it feels like to be marginalized and how a leader can lose out from not hearing ideas from the larger team.

Temporality of Power and Position
So what happened on day two of our green bandana team? We were given a small project to create a big vision for the future for an imaginary organization that we were to create on the spot. But our nominative leader had lost her enthusiasm for the unasked for responsibilities and power of her temporary role. The entire team was confused about whether she was still “supposed to be” our leader or if we could choose another way to operate. Very disruptive indeed. Our tenuous team spirit flagged. Factions developed; collaboration turned into conflict. Our mini-group project for the morning showed our new lack of cohesion. Despite their own impressive accomplishments at work, those who went largely unheard the day before had lost their appetite for engaging in the activity. It was not surprising that our team did not win this final challenge.

The power of position is tenuous even when earned. Being aware of the privilege of access and expanding that privilege to everyone in an organization is more than inclusive – it leads to genuine engagement, sharing of ideas and overall better results. That’s disruption I can use.

Acknowledgements: Special thanks to Dr. Padma Polepeddi for her observations on access.

Recommended Reading:
The hard thing about hard things: building a business when there are no easy answers/Ben Horowitz
I have to admit that I didn’t read this all the way through. It was punishing. The first half of the book is a testament to the pitfalls of plowing through crisis listening only to the voice in your own head. That was a sure path to destruction for this leader, although it appears he pulled it out in the end. I stopped reading when it seemed like he learned the lesson to bring others into the conversation. Redemption, profit, and millions of followers ensue.

Awareness to Action: the Enneagram, emotional intelligence, and change/Robert Tallon and Mario Sikora
This book isn’t about power or privilege; it’s a primer on a personality typing theory for the work environment. I’ve read a lot of books on this theory due to personal and professional interest. In this particular book I learned some new ways to support becoming aware of my own traits and behaviors. I also gained new insight into how to create a course of action for positive change in myself and how to better understand others in my world of work.