Odd Man Out: Speaking up when Everyone Else want to Move On 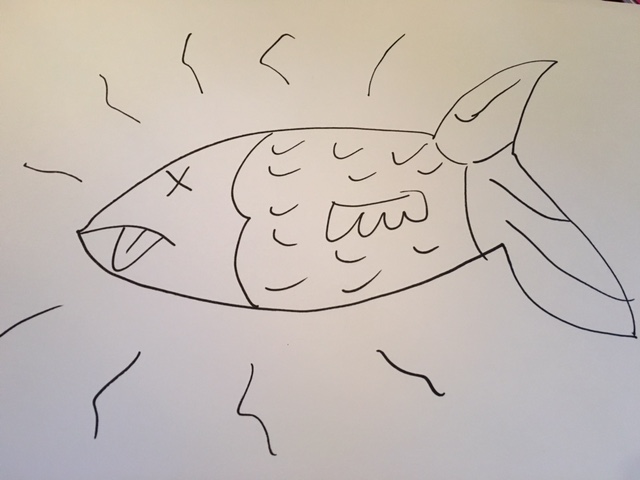 In what I believe was a compliment, a former boss once told me that I was someone who wasn’t afraid to “put the dead fish on the table.” He is Canadian, which explains a lot. His point was that I was willing to bring up the smelly things that others wanted to get away from in a hurry. 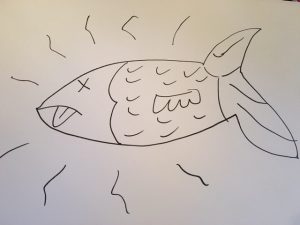 We all know that time in a meeting when it feels like a topic has been talked to death, no good solution is emerging, and everyone starts to convince themselves and others that the half-baked or ill-considered solution will work. Everyone nods, closes their laptops, gathers their things and walks out the door. In the hallway, there are whispers of “What did we actually decide? “Who is going to do that?” “Did anybody get input from staff?” And so another decision is made that leaves staff or customers scratching their heads, wondering who thought up this (fill in the blank).

At my organization, we have a monthly meeting that includes a large portion of our management team. It’s a lot of people and a lot of time. The purpose of the meeting is kind of fuzzy, but that doesn’t stop us from meeting every month. Recently, we were once again trying to think up agenda items for this three hour meeting and congratulating ourselves when we got to enough “information items” to fill the time. Cue closing of laptops, shuffling of papers and checking of phones. One of my colleagues, for whom I have great respect, spoke up and said, “What’s the point of that meeting anyway?” Everyone stopped. And then all the pent up frustration and unspoken resentments about that meeting bubbled from one team member to the other. We haven’t completely solved the problem, but now that we’ve acknowledged it as the dead fish that it is, we can be more honest with each other about topics we suggest or even whether to have that meeting at all.

How Does this Happen?

I’ve been a student of this phenomenon as long as I’ve been in management. I’m as guilty as the next person of hurrying a discussion to move a meeting along or rush a decision so we can get to the next agenda item or out the door. What I try to watch for is when groupthink sets in. While this can be an indicator that a room full of experienced people has come to consensus on a good solution, it can also indicate that lazy thinking has set in. Good decisions have a precision to them. They have clarity on what is being proposed, why, when. And of course who is actually going to do it. The details of the “how” can wait until these other points are settled. So many times, a discussion is derailed by the “how” and “what if’s” which take la lower order of thinking than staying on task and doing the harder thinking.

This can happen for several reasons. Sometimes the outcome of the agenda is not clear or it takes an unexpected turn that takes harder work than anticipated. Sometimes there is a conflict or accountability issue that colleagues are reluctant to bring up around the topic. And sometimes people are just tired and need a literal break – either a physical break to take a walk and get a snack or a mental break from the sometimes unrelenting tasks and decisions that can wear a team down. 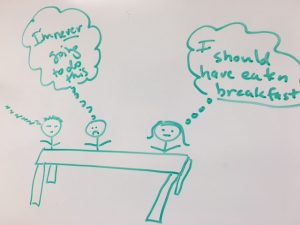 Putting the Dead Fish on the Table

Recognizing that the team needs a physical break can be as hard as the former. However, when the energy in the room dips, that is a sure signal that something needs to shift – take a break or move an agenda item to another day. Another practice to develop is the discipline of making sure that a team does not move off an agenda item until these essentials are understood. It takes a little bit of courage to be the one who says, “Wait, can we go back to that?” “I’m not sure I understand what we just decided.” Another helpful practice is to be the one to ask for clarity on action steps and responsibility before moving on to the next agenda item. All of these actions take courage because there can be fallout for speaking up. There are the subtle and not so subtle eye rolls, groans, and muttering under-the-breath that can be a little deflating. But there is also the reward: there is more clarity before the meeting ends and others in the room who didn’t speak up are often grateful that someone else did.

When to Keep Quiet

All of this being said, there are times when it can be better for the team or the decision to keep that dead fish out of sight. If there is an underlying conflict that needs resolution, moving that conversation offline might yield better results. Taking into account the other items on the agenda, the temperature in the room and the overall health of the team are some good cues for knowing when to speak up and when to keep quiet.

This book is the updated flipside to Lencioni’s Five Dysfunctions of a Team. Instead of talking about dysfunctions, he talks about disciplines. Four, to be exact: building a team, creating clarity, over-communicating clarity, and reinforcing clarity. Clarity and discipline are words that resonate with me about leadership as much as about team building.

This book is by the founders of 37Signals, of basecamp fame. It is mostly a primer on how to work, given in short sound bites that sometimes contradict each other. I don’t agree with some of their advice, but there are some good tidbits in here. Their advice to save the details for later speaks to the concept of larger decisions being derailed when someone wants to worry about the color of the curtains before the building is designed. Nothing derails like a detail.