Driving Faster in the Fog

There is a phenomenon that happens when we drive in the fog. Even though we can’t see where we’re going, we drive faster. An optical illusion tricks the brain so that a driver speeds up rather than slows down. This brain reflex explains the crazy 80 car pileups that happen in really dense fog. Those of us reading about one of these accidents wonder why they just didn’t slow down when they couldn’t see 2 feet in front of them. Sounds like a metaphor to me. 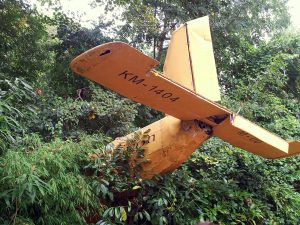 Another related phenomenon that can lead to equally dangerous unintended consequences is the impulse to “just get home.” The director of a local airport told me that the leading cause of accidents in small planes is running out of fuel. He called it the “just get home” syndrome. I hadn’t heard this before, but once he explained it, it made all the sense in the world. A storm is coming up or the plane is running low on fuel and the pilot’s impulse is to defy logic and push to just get home.

Even though I’m no pilot, this concept really resonates with me. There’s the obvious correlation to the illogic I use when my gas gauge says I have 25 miles left in the tank for a 35 mile trip. Somehow I think I can make it to the next gas station by driving faster – thereby burning more fuel, effectively making it less likely I’ll make it to my destination. Now that I’m aware, I notice that there are situations at work that can mimic the “just get home” syndrome and driving faster in the fog. They show themselves as an unwarranted sense of urgency to finish a project, move something forward, or ignore other priorities.

Recently I was driving to a meeting in the mountains. What started as a gorgeous sunny day in town, slowly turned into dense fog as I made my way up the mountain. I was suddenly in the middle of a cloud, momentarily taken aback by its beauty. Then I remembered my training, became acutely aware of my speed, and slowed way down, making my way safely through the fog. 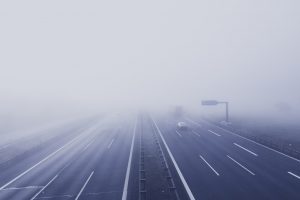 Having the “just get home” syndrome or driving faster in the fog at work doesn’t put anyone in physical danger, but they can put our projects and priorities in danger. Chris Zook and James Allen talk about the “bias for speed” in start-ups. From the context, I take it to mean that overall, in business, speed is good. I understand that acting with a certain amount of velocity is necessary for an organization to outpace the competition, but my experience tells me there’s more to the story.

The organization where I work went through a big growth cycle in the last 12-18 months. Careening from meeting to meeting, with no time during the day to tend to tasks or strategy, meant that many of us were working long hours, taking work home, and siloing. Now that I look back, in some ways it feels like we were driving faster in the fog and trying to “just get home,” with home being a deadline or milestone that was often self-imposed. The hardest thing for us to do as individuals and as a team was to just slow down so that we were not driving faster than our field of vision in a particularly dense fog. Now that we’ve emerged from the cloud, it’s easier for me to see how important it is for the leadership of an organization to recognize when we’re in the mist or running out of fuel and slow down so that we reach our intended destination safely.

Here are some ways to bring attention to an impending 80 car pileup.

And then Change the Trajectory 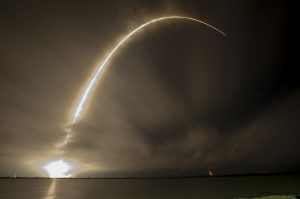 Trajectory is a concept in physics that tracks the path of a moving object through space as a function of TIME. Both Driving Faster in the Fog and the Just Get Home Syndrome have an element of time built into them. Once there is an awareness that we’ve sped up just to get home or outpaced our field of vision due to an optical illusion, we can either slow down or change the target. Either option changes the trajectory purposefully – which is much better than crashing short of the runway at full speed.

The Founder’s Mentality: How to Overcome the Predictable Crisis of Growth (2016)/Chris Zook and James Allen

While I’d like to debate some of the findings and advice in this book, I still think it’s a worthwhile read for any leader looking for guidance on how to grow an organization, no matter the stage it’s in. There are some gems to gather here.

Rebirth of an App:The Story Behind Denver’s Ibotta and Why the Popular Retail Startup Felt the Need to Rebuild from Scratch/Tamara Chung, Denver Post. May 28, 2017

This article about Ibotta is an excellent example not only of the Founder’s Mentality as described by Zook and Allen, but also follows the path they describe of the Insurgent Mission, Front-line Obsession and the Owner’s Mindset.