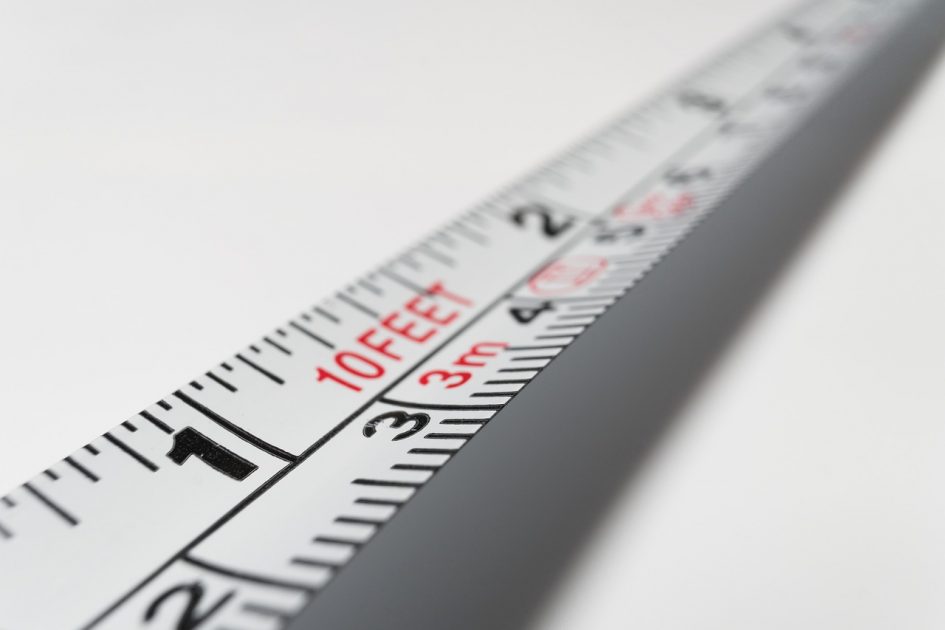 Like a lot of people, this is the time of year when I look back at the past 12 months to see how close I came to reaching the goals I set out for myself sometime last January.  I know that goals are more likely to be reached when written down, yet I have to admit to some laziness in this area.  I’ve learned that if I don’t plan ahead for certain events like taking a big trip, scheduling visits to fly out to see my dad, or finding a new doctor, the year speeds by and opportunities are missed. I seldom write down these goals and often I miss the mark. For example, I never made it to Spain or Italy last year despite my “wish” to go.

In addition to setting annual personal goals, I usually set at least one big professional development goal for myself. Sometimes they aren’t that big – maybe I’ll set a goal to present at a conference or volunteer in the professional organization of my industry. But last year was different. Last year I set myself a whopper of a goal: buy a business. What?! Where did that come from?! I’m going to walk through the reasons why, at the end of 2016, despite my best efforts, I have gotten closer to but not yet achieved this goal.

In order to dissect my dilemma, I want to start with the concept of setting SMART goals. I’ve had training on SMART goals many times in my career but did not use it to my advantage this past year. I believe that if I had done a true SMART exercise and ceremoniously written down my goal I might have fully realized it. A quick review: SMART = Specific, Measurable, Attainable, Realistic (or Relevant) and Timed. 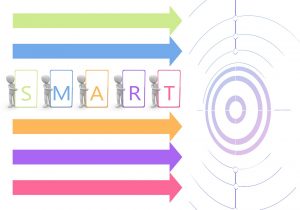 For me, my original statement was specific enough. I wanted to buy an existing business, not start a new one. My goal would have been more specific if I said what kind of business I would buy, but I wanted to keep my options open and see what opportunities I might find. By researching about how to buy a business I learned about what kind of business might be most suitable for me to buy or buy into. I also learned what I was not interested in. For example, it wouldn’t be a good idea for me to buy into an auto repair business because I don’t know how to repair cars and I don’t have a passion for that work. It was easy for me to rule out types of businesses I didn’t want to buy.

My research into how to buy a business led me to seek out many conversations with people who owned their own businesses – either that they started themselves or bought into. Would they be interested in selling their business or taking on a partner? As I talked to each business owner, my goal became more specific – most likely I would want to buy into a business where I would add value, not just as an investor. This realization became a key point that took time for me to learn – and one that also quickly narrowed my choices. 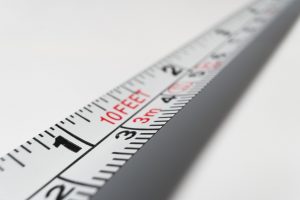 If I had been smartly writing down each part of my goal – to buy a business – something that would have been a good measure would have looked something like this: Talk to at least one qualified business per month. Instead, I made appointments as I learned of possible opportunities and let some other professional scenarios distract me from my primary focus. If I had set this specific measure, I would have seen that I needed to make a choice about how I was spending my time since it’s a limited resource. So at year end, while I can say that I pursued 6 opportunities, I know now that 6 is not a high enough number to generate sufficient leads, no matter how targeted.

Attainable: Is it Possible?

People buy businesses every day, so setting a goal to buy a business is certainly attainable. And I believed that I had saved and set aside enough money to buy a certain type of business. However, the bigger question for me would have been to ask myself how possible it would be for me to learn everything I needed to know about the mechanics of buying a business, decide what kind of business I might buy, find someone willing to sell, and take all the necessary steps to close a sale in a year while also working at a demanding job and finishing out a leadership program for work. If searching for a business to buy were all I was doing, this would have been an attainable goal. Trying to do all this research on such a steep learning curve in 12 months turned out to be overly optimistic. If I had mapped out the year on paper with my calendar in front of me like I would with a project at work, I would have had a better understanding of where I would fall short and need to build in more time.

Relevant, Relatable: Does it Matter to Me?

Well now there’s a question for the ages. Does this goal matter to me? Is the time right? What is my motivation? The answer to these questions may best point to the reason why I have not yet achieved this goal. In my life, when I’ve had control over reaching a goal – buying a home, getting a particular degree, even getting published – I accomplished it. If I really want something and have control over the outcome, I find a way to make it happen. In this case, I have to admit to myself that my motivation is murkier. My observation is that people who have built real wealth have done it through investments – making their money work for them – rather than always working for a paycheck. 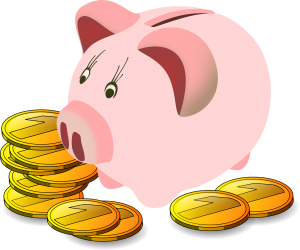 I learned a long time ago that if I want to build lasting wealth – I need to have income producing assets beyond a 401k. A typical way for middle class people to build wealth is through property ownership and rental income. I tried having rental properties and that was not a good fit. I can’t fixer upper anything, and I don’t like being a landlord. The next option I considered was starting my own business. But I don’t think of myself as an entrepreneur – starting something from scratch – not that I couldn’t do it but that I don’t really want to. However, I am very good at stepping into something that needs fixing and making it run a lot better. The idea of buying into an existing business that needs someone to update processes, build or rebuild a team, or effectively cut costs appeals to me the most. That would be fun. A ton of fun. But in order to actually make that happen, I have to be ready to take this leap that requires my time and effort more than faith. So the bigger question became: Does it matter to me enough?

Time-based: When will this be Done? 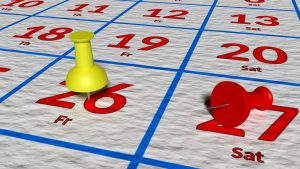 When I do project planning at work, I always map out a rough timeline of milestones, preferably on a huge whiteboard. As I write milestones and tasks along a horizontal timeline, the reality of the limitations of my capacity or the capacity of my team are hard to ignore. When I’m helping someone map out their own project, I always walk through a horizontal timeline of milestones with them. This exercise almost always leads to “aha” moments that sound more like “oh.” As in “oh, there’s no way I’m going to get this done by that deadline.” Yet when I was working through the timeline with my own goal, I mapped out dates in a narrative with to-do’s, but without the visual cues of a horizontal timeline. So I drifted from task to task rather than milestone to milestone. As a compulsive list maker, I can check off many tasks I’ve accomplished related to this goal but not check off boxes on the key milestones.

So what will I do differently this year? The first thing I’ll do is revisit this goal to decide if I still want to pursue it. There were many changes to my life in 2016. I need to be sure that this goal not only still has meaning for me but that I would want it to be the primary focus of my time and attention in 2017. I also have to admit to myself that I did something all last year that I knew was misguided: I pursued two completely divergent types of businesses. Despite knowing that I was distracting myself between spending time on an Attainable option and a “wishful thinking” option, I dissipated my energy between the two, slowing down the pace of my progress.

As I write this, I realize that I still haven’t let go of the wishful thinking option. By setting set aside time to do a SMART exercise and fully map out what I truly hope to accomplish across a horizontal timeline, I hope to narrow my focus. If I want to achieve my big goal in 2017 I gotta get SMART.

The complete guide to buying a business / Fred S. Steingold (2011)

Even though it’s a few years old, this is a great primer for walking through the many decisions that go into buying a business. One of the things that was so useful to me was that it was specifically targeted to my subject – buying an existing business. It gives practical advice, shares stories of successes and failures, and is straightforward without being dull or didactic.

Rich dad, poor dad : what the rich teach their kids about money–that the poor and middle class do not! / by Robert T. Kiyosaki (1997)

This is a classic book that I read when it first came out. It taught me some fundamentals about building wealth that I didn’t learn growing up. I’ve learned a lot since then to round out his theories, but I first learned the phrase “income producing asset” when I read this book.