Getting My Point Across 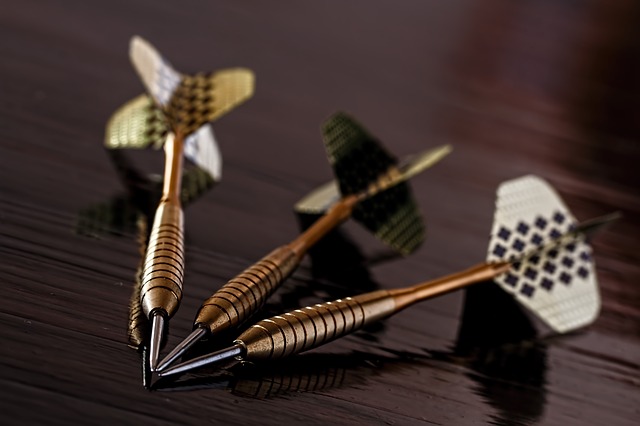 I was at a training recently and started to get a feeling that the presenter was using slides from the way back machine. It seemed to me that a few simple updates to his slides and stories would have helped him get his point across more effectively.

Of course whenever I have these kinds of thoughts about what I observe in others, I see it as an opportunity to look in the mirror and see how my own use of stories and language could use further inspection.

As my role has evolved over the years, I do more public speaking. I’ve had to adapt how I use language with different audiences and do more checking for understanding to see if my stories and language are resonating. A recent example of this was when I was asking for input on a concept that I was calling “best in class.” The more I probed different audiences of staff to hear what this meant to them, the more I understood that using this terminology resonated with a select few people. To others this phrase either meant nothing or felt like a mandate. I learned that language that was motivating to me was not necessarily motivating to my intended audience.

I’m a librarian by trade and like many librarians, I’m very text-oriented. I love words. I use a lot of words to tell a story. And I love big words – the bigger the better. My challenge is to discover and use the words that respect the audience and get my point across while remaining authentic to how I use language to express myself.

For several years with my current organization I had many examples when I felt like an outsider because of other’s use of acronyms. My second day on the job I didn’t show up at the right location because on the schedule it said the location of the meeting was “LSC.” I had no idea that was another building. Many examples later, I saw we had an opportunity to be more inclusive and welcoming to newcomers.

Now that I have a new role in this organization, I have to be hyper-aware of when we are using acronyms or terminology that is insider language. It can be such a habit, both in speaking and writing, that sometimes we don’t even know when we’re doing it. I found that when I’m paying attention to audience and context, I have a better feel for when I need to define a concept or spell out an acronym. In the process, I also gain a better understanding of what point I’m trying to make.

Stop Me If You’ve Heard This One

A colleague and I were recently talking about the difference between being a mentor and a coach. As a mentor, one of the techniques is to share from personal experience to give an example that might be relatable in a way that offers a mentee the opportunity to learn from my experience. A coach asks a lot of questions. As a professional coach, my colleague asks questions not only to help the person uncover something from their own experience but also so that she can understand them better. She uses questions to get at what is motivating their behavior.

So then when I find myself telling a story instead of asking a question, I have to ask myself if that is the best way to get my point across. If a story is best, have I told this story before? If I’m retelling a story, why am I choosing to tell this story (again)? What is my intent? How will it benefit the audience to hear this story? If it is more for my benefit in the telling than their benefit in the hearing, then I might reconsider if it needs to be told or heard at all.

One of the challenges of writing this blog is that while I enjoy sharing what I learn and know, it’s pretty much a one-way conversation on a crowded street of content with minimal engagement. I use it as a way for me to tell my story, knowing that if someone is not interested, they’ve stopped reading long before now.

One of my particular tics (charms?) is that I have a compulsion to share every example I can think of or make something into a metaphor. Giving too many examples can overwhelm the audience. As I’ve mentioned before, I got great advice from John Treksalis of Chicago CEO Coaching: Share ONE GOOD example. Sharing one good example, for me, becomes a challenge to find the one that resonates most and best with the audience while getting my point across. It takes incredible discipline for me to stop at one.

Similarly, if I want to use a metaphor – and boy do I want to use a metaphor – I need to be careful that the metaphor will resonate with the audience. I was recently listening to a podcast where someone who doesn’t follow football was talking about “running interference,” but in context I could tell he really meant to say that someone was being a lead blocker. As a listener I was amused, but I’m sure he would have rather I’d been enlightened. I am trying to be more conscious of using metaphors that will engage the audience rather than create a point of confusion or worse – create a feeling of insider vs. outsider – those who get the metaphor – and those who don’t.

I’ve learned that if I haven’t considered my audience, made my language inclusive, refreshed my content, considered the context and used the one good example, I’m less likely to make my point.

Part of my preparation is understanding how the worldview of the audience might differ from mine. If I want to get my point across to people who look, love, think, and live differently from me I need to choose stories that are relatable to a broader audience. I will now refrain from using a metaphor to make this point again.

Biden’s ‘record player’ just 1 of his vintage references: A coincidence of timing is the current conversation about the examples being used by a candidate for public office. I don’t mean to pick on him – this habit seems to be a trademark of campaign season.

What’s that You Say?: Obviously this topic is on my mind a lot. Let’s call this a cross-reference rather than that I’m citing myself.