Find Another Gear: Shifting out of Automatic 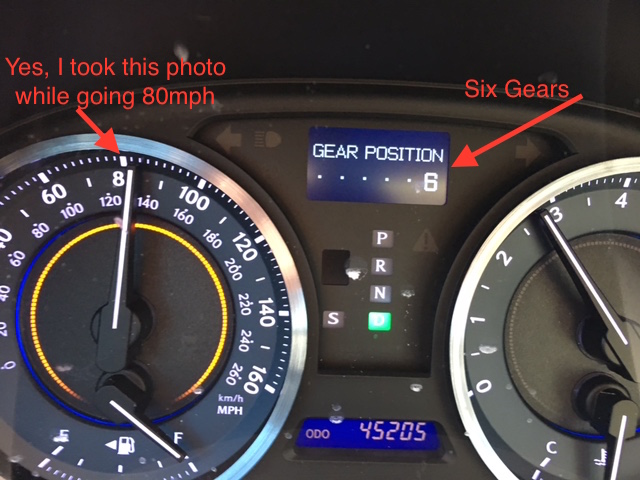 Several years ago in an offsite retreat where managers were invited to participate with the senior management in a day of team-building, we were paired off in a trust building exercise to give honest feedback between individuals on the team. One by one, each of us managers was paired with a director and each of us in turn said something we considered a strength of the other person and something we considered a “needs development” area for the other. I won’t get into the merit of such an exercise between two groups of unequal power, that’s an article for another day.

What I want to talk about instead is feedback I got that stuck with me. In a gentle voice but also in a way that made it clear this wasn’t a compliment, a director told me that I “care too much.” I have pondered that feedback many times over the years as I worked at a frenzied pace, neglected my family, put in too many hours, or gave more effort to an initiative than others expected or even intended. Caring deeply might seem like a good thing in our world or our profession, but I’ve learned that sometimes we have to let go of the perfect solution to get something done, save our sanity, and save our relationships.

What gear are you in?

As might be surmised from my tendency to care too much, I can have a tendency to run in 5th gear as my most comfortable mode of operation. I used to take comments by others about how busy I am, how packed my schedule is or that they “don’t know how I do it” as compliments. Yes, I am so busy, aren’t I? But the truth is that operating in 5th gear, while it is my comfort level, it can be intimidating or off-putting to others and keep them from having the opportunity to engage with me or with a project.

For me, the other gear I need to find might be 3rd, or 2nd, downshifting, slowing down enough maybe not to smell the roses, but at least to notice that there are roses along the side of the road. The significance of finding the right gear also allows me to adjust to the speed of others on the team. While sometimes others work at a more deliberate pace or operate better in a different gear, it is just as likely that someone is just gearing up themselves, coming off their own intense project or is new to the team and learning the ropes. Giving others room to find their own gear gives them the opportunity to get in synch and be contributing members or better project leaders.

Another idea I’ve been pondering about the concept of finding the right gear is that I observe others who appear to have superhuman capabilities – how do they do it? How do they have 3 kids, 4 blogs, a full time job, bake cupcakes for the bake sale, campaign for their local senator and start an advocacy effort to end homelessness? One of my theories is that they don’t need as much sleep as I do. That theory lets me off the proverbial hook.

When my daughter went off to college many years ago, I found I was coming home from work at night and turning on the TV. I realized I was watching about 2 ½ hrs of TV a night. I realized that I had another gear to shift into and went back for my MLIS. Fast-forward several years. My car is an automatic that also has handlebar shifting. It can shift up to 6th gear. That there might be additional gears to explore gives me pause. Recently I started getting up earlier. I didn’t think I could. I realized that by setting my alarm for 15 minutes earlier I missed traffic, got to work much earlier, and had a better start on my day. I also realized that I have to find a balance between sleep, work, and play since this new routine knocks me out at 9 p.m.

I think that if I learned to downshift in more situations, it might rev up my engine and thrust me into that gear that we find when we take on a new endeavor like starting a business, writing a book, learning to play an instrument, or finding a new job.

These are questions I am asking myself right now: What gear are you in? What would happen if you downshifted or took your foot off the gas? What higher gear might you find if you set aside the distractions of social media, email, and television? What exciting new endeavor is out there waiting for you to find another gear?

Do Over: Rescue Monday, Reinvent Your Work, and Never Get Stuck/Jon Acuff (2015)

I love my job and have no problem with Mondays. For me, this book was more about the idea of reinventing work. While obviously aimed at a younger audience – those early in their career – I found some helpful tips for kickstarting myself to try the next new thing for me. And even if you aren’t “stuck” there are some nuggets of wisdom that can be applied at any point in a career.