Developing the Capacity for Vision 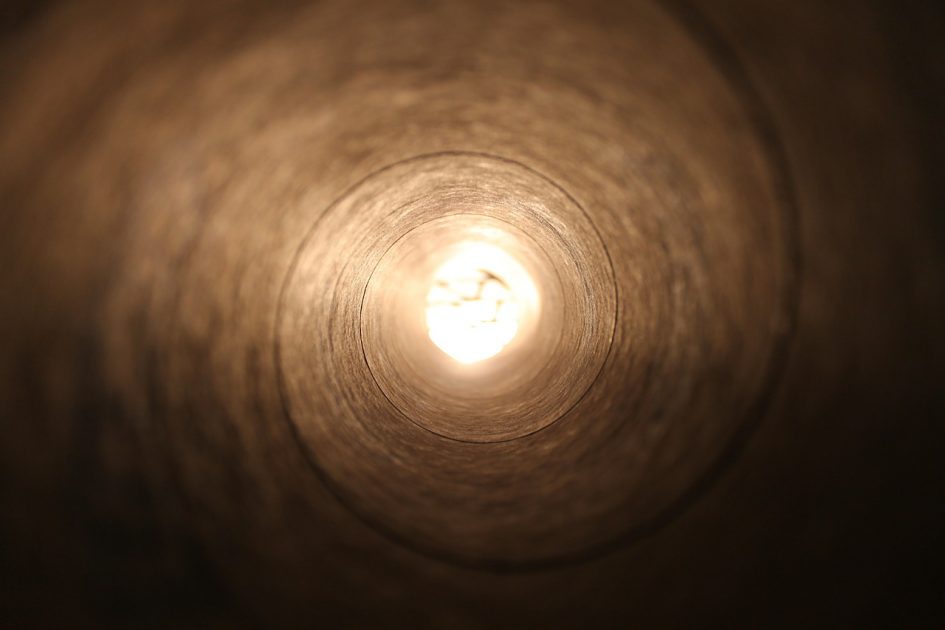 I’ve had the opportunity and pleasure of hearing talks by Futurists a few times in my career. Some names I remember are Joan Frye Williams and Stephen Abram.  Each time, I remember getting that sick feeling in my gut telling me that I didn’t have that talent – my brain wouldn’t work that way. I thought I’d never be able to think so far down the road to predict a future where everyone has free wireless all the time or no one has their own car because cars all drive themselves. And I could barely imagine that these predictions might not even have a context in the world of 2050. I will acknowledge that there is a fine distinction between Futurists and Visionaries. I am neither. 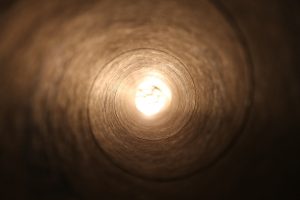 When I first began my career as a professional, 10 year planning cycles were a norm. As technology began to evolve at the accelerated rate of every 18 months per Moore’s Law, planning cycles in my industry compressed from 10 years to 3-5 years. The timing of this compression matched the point in my career where I had more frequent opportunities to do strategic and long range planning. I found that I began to get very good at creating visions for service that were 3-5 years out.

I learned that while I would not call myself a visionary, it has become second nature for me to think in longer timeframes for my projects.  I think people have a fear-reaction around the word “vision.” It seems so big – like something someone else can do.  Creating a 3-5 year plan for a service is really hard work. It’s a brain building activity that requires envisioning the future, but I posit that creating a vision doesn’t require being a bona fide visionary. 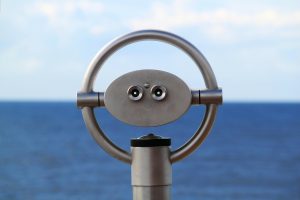 Since long-range planning requires competency in forecasting, here’s my question: can visioning be taught?  I often approach my coaching of direct reports with the assumption that their projects and pitches for service have a 3-5 year vision built into their plan. I have been brought up short many times by others in my organization with the reminder not everyone has this skill or even knows where to begin with visioning. Building this skill in others is one that I enjoy immensely. I firmly believe that visioning can be taught. So what makes me say this?

Several years ago I restructured my team and our approach to service planning. This new staffing model meant that all of my direct reports now had to develop a vision for their service and a 3-year Master Plan around that vision. What fun, I thought. Man, they are going to love this! As they started to report back on their progress, it didn’t take me long to realize that I had set them loose without the tools they needed to succeed. I also realized that my idea of a master plan – really just a longer-term approach to planning for their core service area – felt like a Herculean task to them.  Words like “master plan” and “vision” and “3-5 year timeline” created more trepidation than excitement. Time to regroup.

One of the first things I learned to do was to help them understand that writing a 3-year plan of service for a specific market in our organization needed to start with a draft vision. What do you want this (service or product) to look like in 3-5 years?  Then I had to help people feel comfortable with the idea that this vision is a draft – that it will take time and collaboration with others to refine the vision into something able to be implemented.  Draft was a comforting word. I learned to use it regularly.

When coaching a leader who is tasked with creating a longer term plan for service I would ask them to paint a picture with words about what that service should look like for our target market 3 years from now. I would have them talk to me while I ask them questions. What does it look like? Describe it. Keep talking. What are staff doing or learning?  What are customers doing or learning?  Is it growing or becoming more niche or something else entirely? As they talk, they often lose themselves as they describe what they see on the horizon. Sometimes though, they start to worry about how they’re going to make this dream happen or who is going to do it. I ask them to stay in the space of what it looks like and to save the “how” and “who” for later. This can be a constant worry for leaders new to visioning during this part of the process. If they can stay in the space of “what it looks like,” I know they really do have a vision beyond what I can imagine. If I can keep them in this state of flow, I know we’re going to be all right. If they can see it, I can help them figure out how to make it happen.

I take advantage of this semi-lucid state they’re in and capture words and phrases they’re using as they describe what they see. When I read back to them some of the key points they’ve said themselves, they are often surprised at the clarity of their vision. From here, it’s not that hard to capture this idea in a draft for them to play with.  If they continue to be worried about the “how” and “who” at this point, I encourage them to note these thoughts but to keep them out of the vision part of their plan for the time being. Doing this exercise with someone new to visioning is one of the most gratifying things I do as a manager and coach.

Once a draft vision is formed, it’s not too hard to coach someone on how make progress on clarifying that vision with their team. And once someone has clarity of vision through input from other stakeholders, it’s easy for me to coach them to know how to work backwards from that vision to goals, objectives, milestones, timelines, and action steps.

I find that people who are new to visioning also are sometimes new to holding themselves accountable for the “check” part of the think-make-check iteration cycle once their project is underway. More than once, I’ve had someone I’m working with on implementation of their vision be surprised at what they achieved. Sometimes they think that their outcomes materialized spontaneously. I’ve had to go back to my own notes and read their project vision statement aloud to them to remind them where they started. I point out the intentional steps they’ve taken to reach those outcomes. There is usually a sheepish grin, real surprise, or swelling pride when they hear their own words again and realize they had been aiming in this direction all along. Their vision is still valid. There might be a slight variation from where they started, but it’s still what they mean. Helping someone realign their vision, goals or objectives at intentional checkpoints on the timeline can take the form of checking on budget, milestones, staffing, and new trends in the market. Conditions change. Visions get revised. 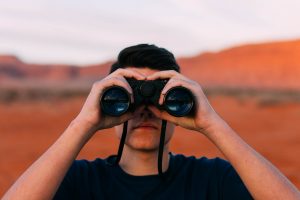 Letting a Vision Come into Focus

I once worked with a woman who was a visionary in our field. Sometimes I wouldn’t know what the heck she was talking about when she described a service she was planning. I often felt like a complete dolt in her presence. After awhile, I learned that if I stuck with her as her vision started to take shape, I could catch it too. I just had to be patient with as someone else’s vision came into focus for me. What I’ve learned is that there is a huge difference between being a visionary who can forecast the future of an industry and someone who is good at visioning for a service or target market. I think that anyone can be taught to create a vision for a service with enough support and practice. Building this skill in myself and others takes a particular kind of courage to risk making predictions that may or may not materialize and building a plan of service around that risk. I think it’s worth the risk.

Recommended Reading: I’m a big non-fiction reader about management, leadership, brain development, and so on, but I can’t bring to mind any real good books on developing vision. So instead, here are some good fiction books that shaped my thinking about how other people could imagine the future beyond my imagination.

While some of the predictions in this novel might seem quaint now, it still seemed futuristic to me when I read it in the late 1970’s. Even then it was hard for me to imagine the future Orwell painted. Some of it rings all too true in 2016.

I think Dune was one of the first science fiction books I read. It freaked me out. In my mind, this kind of vision of the future firmly places Herbert in the Futurist category for me.